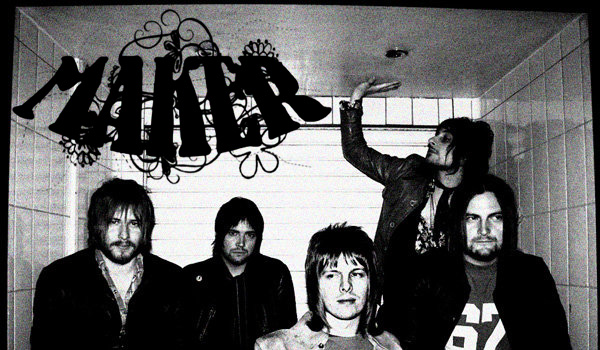 Today, I’m reviewing a three song EP. You may say, three songs? What’s the point? Well, once you hear it and learn that there’s much more on the horizon, you’ll be happy I did so. Owning this site, NOTHING is more fulfilling than finding a band that you believe in and watching them explode with exposure. (Take Leogun opening for KISS and Queens of the Stone Age last year as an example) That’s the point of this review. I want to share that experience with you. I have found that next band.

Let me introduce you to a band called Maker. A little band from Kent in the UK. Home of a little of band that you may have heard of before, The Rolling Stones. Maker is an extremely talented group of musicians who play a style that can easily be compared to The Black Crowes or early Faces. Which for the younger audience featured Rod Stewart, Ronnie Wood from The Rolling Stones and Steve Marriott from Humble Pie. Maker has a deeply rooted blues feel to their particular brand of rock and roll. So let’s take that opportunity to jump in and discuss the aforementioned three songs.

The first of the three songs is the title track, Run & Hide. With an infectious backbeat from drummer Gavin Donaldson and a bass line from John Austin that will immediately get you moving, you know right away that this track is going to be a fun one. Add in the Na Na Naaaas and the Hammond organ from keyboardist Anthony Brooks, well you’re gonna move your ass. In fact, I’d say that if you don’t dance along with this one, you don’t have a pulse. I’d probably have that checked out if I were you.

Next up is the song that many will compare to The Black Crowes. And in my opinion, is not only fair, but a helluva compliment. You could even pull a comparison to one of my favorite tracks ever, Call Me A Dog by the Chris Cornell fronted Temple of the Dog. The mid-tempo ballad Tell Me I’m Wrong is stunningly beautiful. This piano-laden track showcases the soulfulness of vocalist Alessandro Marinelli and guitarist Andrew Donaldson. I honestly can’t get enough.

The last track on the EP is Pour Your Heaven. This is a track that I could see compared to the fantastic Silvertide from Philadelphia. The funkiness and energy are captivating and that big ole open chorus just begs you to sing-a-long. This, Ladies and Gentlemen, is how rock and roll is done.

With all that, here’s the good news; four more songs are coming really soon. Maker was kind enough to allow me to hear the first single titled Move Your Feet, guess what that tracks like. Yeah, you’ll love it. I was also allowed a peek into four early demos that, well you know by now, they’re awesome. I’m also going to include a pre-mastered tune they’ve uploaded to YouTube called Girl Quit You’re Crying, a song called Lady Revolver from their Soundcloud, and Stop My Heart Dead from their Bandcamp. They. Are. Amazing.

Preview or purchase the Run & Hide EP from iTunes below: