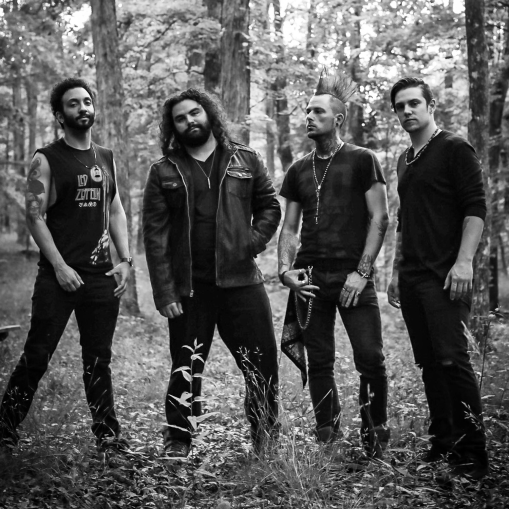 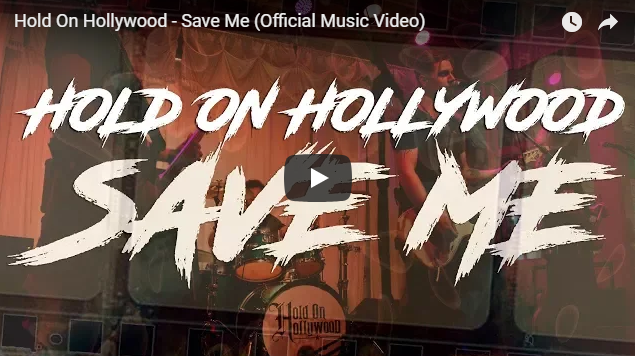 “When we were just getting Hold On Hollywood started, we were writing out a lot of different ideas to try and find our sound and get together a strong collection of songs we were proud of. ‘Save Me’ was one of those songs that just wrote itself. Everyone in the band contributed to its creation and the result was a raw, powerful, 7-minute epic that told a personal and relatable story. It has always connected with audiences and continues to be a crowd favorite night after night.

For the video, we wanted to try something a little different. We wanted to put out a lyric video for ‘Save Me’ but also felt it was important to capture the raw and personal essence of the song in the imagery. Our longtime photographer/videographer Blake Ralston came up with the idea of shooting our live performance of the song at Swan Dive, a small club in Austin, and cut the lyrics in over that footage. Everything you see in the video was captured in one take, as we performed the song live. The end result is raw, real, and personal…just like ‘Save Me‘ is, and we love that.” – Hold On Hollywood

Hold On Hollywood is a rock band based out of Houston, TX. Their sound combines powerful vocals, massive guitars, unforgettable melodies, relatable lyrics, and infectious pop hooks that will have you singing along before the first chorus ends.

2018 is stacking up to be Hold On Hollywood’s biggest year yet, and began with their winning the 94.5 The Buzz/Live Nation contest to open for Bon Jovi’s “This House Is Not For Sale” tour date in Houston, TX. This once in a lifetime opportunity put the band in front of an audience of 18,000+ fans at Houston’s Toyota Center, and led to Hold On Hollywood’s debut single “The Chase” landing in rotation on Houston’s biggest Modern Rock station “94.5 The Buzz”. That performance with Bon Jovi led to the band being added to the upcoming 94.5 Bud Light Roast in July with Blue October, Awolnation, Theory of a Deadman, and Robert DeLong.

Hold On Hollywood just released their newest music video for their debut EP’s title track Save Me and is currently out on tour with The Bunny The Bear, It Lies Within, and Dead Noise on the East Coast. Stay up to date with the band at holdonhollywood.com