On April 22nd, there were sights and sounds that are rarely seen in downtown Colorado Springs. Metalcore juggernauts Killswitch Engage and Parkway Drive had arrived amidst the peace and quiet of the city.

Killswitch Engage took to the road after wrapping up the recording of their upcoming, as-yet-untitled album, due out toward the end of the year. Getting out, getting dirty, and tearing up stages, the undeniable energy of Jesse Leach is infectious. Getting a rise out of the crowd is easy for him, but when he jumps into the pit to interact with the fans, there’s not much else that is better to kick off the commotion. Adam D running across the stage, he’s always making the goofiest of faces, and seems to have a penchant for wearing utterly ridiculous pants/shorts. Despite this, his guitar-work is practically flawless as he shreds.

Mike D’Antonio, Joel Stroetzel, and Justin Foley handily hold up the rhythm end, tearing through classics such as “The End of Heartache”, “In Due Time”, and “My Curse”. Mixing old songs with the new, the band provided a cathartic, freeing, and aggressive evening for fans! 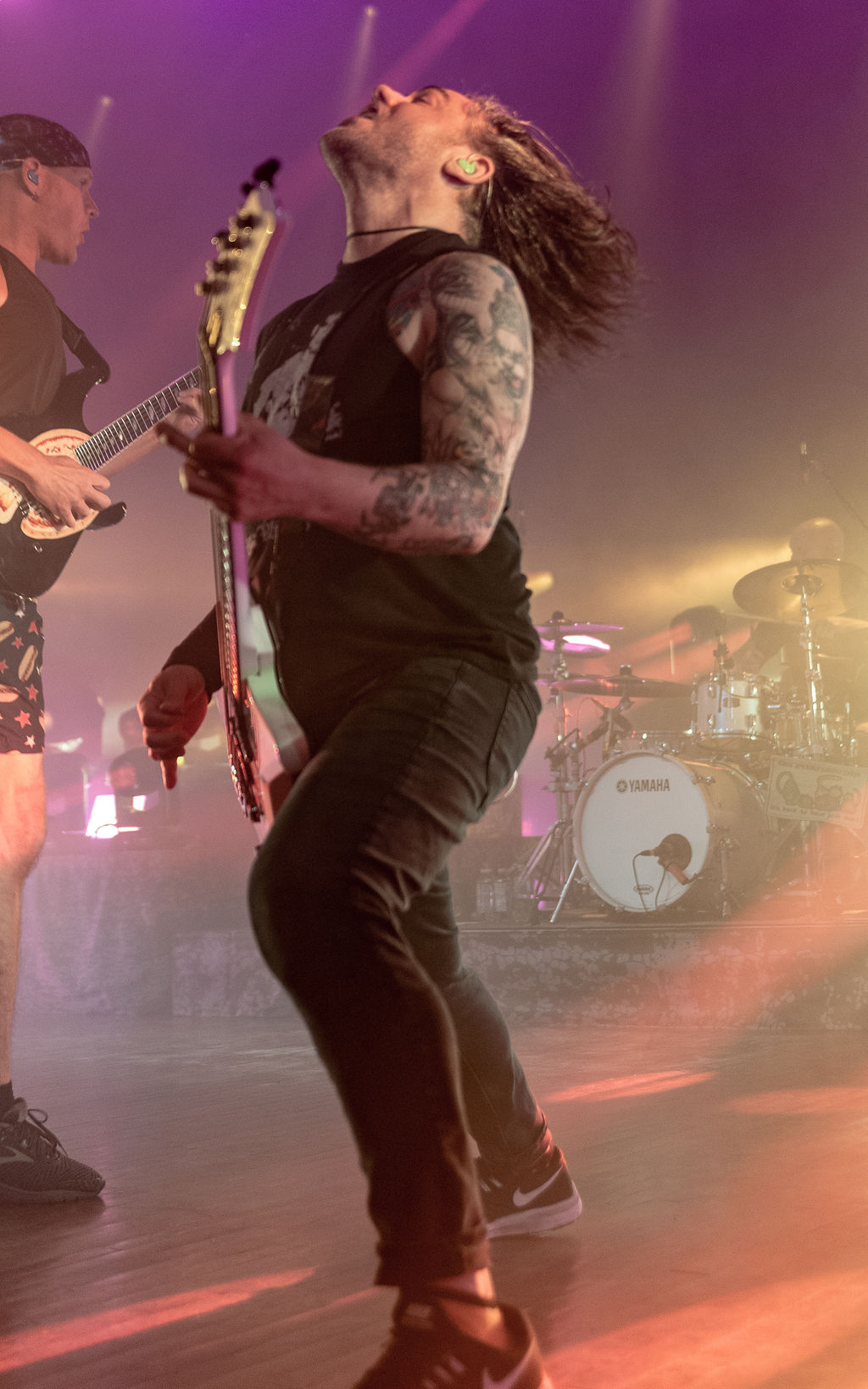 Out of Australia arrived Parkway Drive. Albeit, a strange name for a metalcore band, make no mistake, these boys know how to boil their music down to its essentials.

Winston McCall‘s gritty, angry, guttural vocals are a tenement to their music, and sound. Commanding from the front of the stage, a lone spotlight shines down on him, giving an ethereal atmosphere to go with the tunes. Jeff Ling, Luke Killpatrick, and Jia O’Connor step back for mere moments, before they are backlit into silhouettes that are just as sinister as the sounds they created on stage.

Never in my life have I seen City Auditorium packed to the gills with music fans. One could nary move to get around the stage, once out of the photo pit. Pure insanity, intensity, and energy; absolutely one of the best shows I’ve seen yet! I highly recommend seeing either Killswitch Engage or Parkway Drive when you get the chance. You will NOT be disappointed!