Cardinal Copia (a.k.a. Tobias Forge) brought his perennial crew of nameless ghouls and ghulehs (the female version of ghouls!) out on tour with a production that was… spiritual, in essence! Out to scare the wits out of anyone willing to be in the same room with them, Ghost’s dark musical mass welcomed those who were in the mood for a very spooky time.

As Cardinal Copia took the stage for opener “Ashes”, he wriggled and writhed in his blood-crimson suit, introducing us to his spook-tacular stage show and antics! The lead single off of Prequelle, “Rats”, was the second song, and had amped the crowd up even more.

Playing through deep cuts, such as “Mummy Dust” and “Ghuleh/Zombie Queen”, they even found time to play new songs from their EP, 7 Inches of Satanic Panic, “Kiss the Go-Goat” and “Mary on a Cross”. Every song felt like it was hand-picked by a fan of the band. Even “Cirice”, “Miasma” and “Year Zero” were on the set list.

Throughout multiple instrumentals, the ghouls and ghulehs were allowed to shine on their own with their instrumental prowess. Tobias, proving himself to be a modern Alice Cooper, hires some of the most talented and professional musicians he can find. And these nameless musicians, talent is what they truly have.

All in all, the production of the Ghost show is some of the best I’ve seen, yet. Very little pyro is used, but the lighting, stage props, sound effects, and the music itself makes for a very entertaining evening. 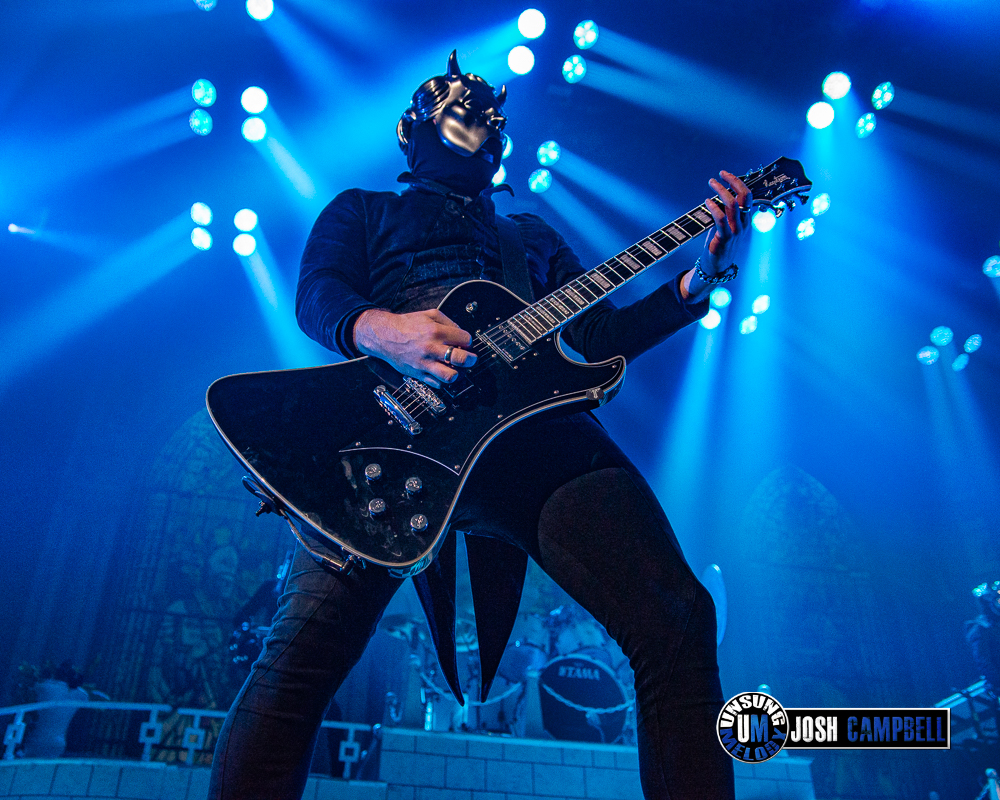